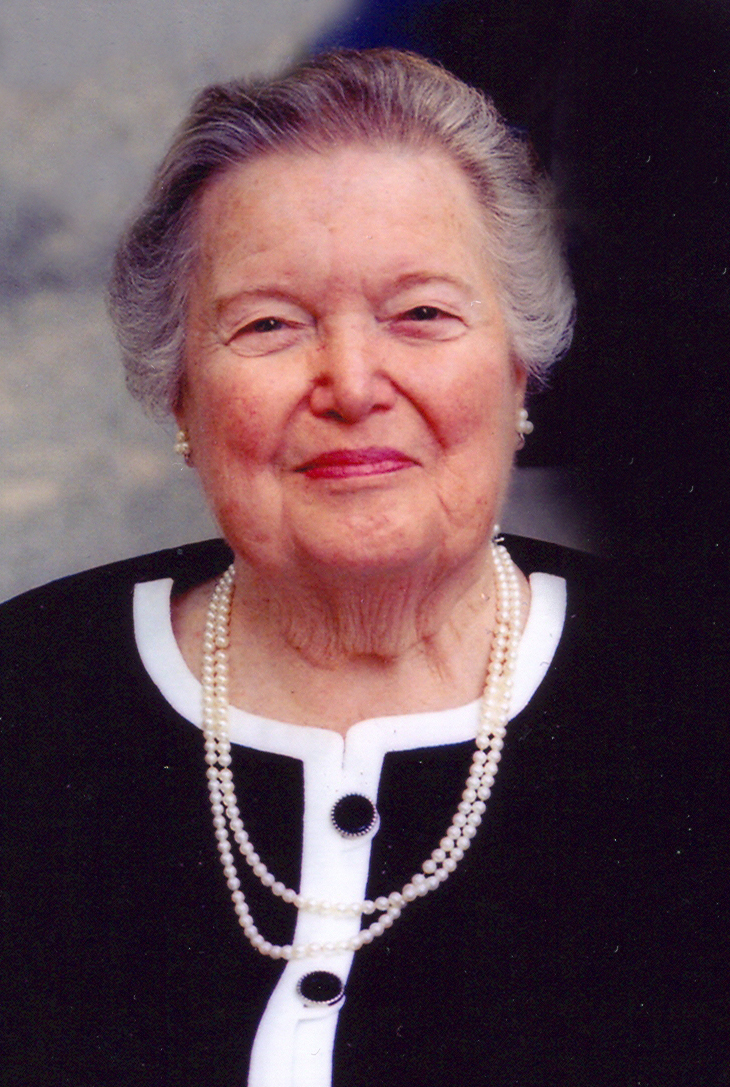 Mary Emily Spilman Davisson, well-known teacher and community volunteer, died in Greenwood on November 4, 2022, at the age of 98. She was born in Marion, Indiana, on March 6, 1924, the second of six children.

Her parents Louis and Emily Moon Spilman moved their family to Waynesboro, Virginia, in 1929. After graduating from Waynesboro High School Mary Emily moved to Crawfordsville, Indiana, to spend a gap year with her aunt and uncle. There she met Edwin (Ed) Davisson, her future husband. She entered the Jordan College of Arts in Indianapolis as a music major, but her studies were interrupted by World War II. She and Ed married in 1943 and lived in Indiana, Ohio, and Virginia during Ed’s Army tour.

At the end of the War they returned to Crawfordsville for Ed to complete his studies at Wabash College. They then moved to Urbana-Champaign, Illinois, where Ed pursued a PhD and Mary Emily resumed her studies. All three of their children were born during their Wabash and University of Illinois days. Since they did not own a car, Mary Emily used a red Radio Flyer wagon to transport her children and groceries.

Ed’s employment at Eli Lilly took the family to Indianapolis in 1952, followed by a move to Greenwood, Indiana, a year later. Mary Emily received an undergraduate education degree from Butler University and a master’s degree in early childhood development from Indiana University, finishing her final degree just two years before her oldest child graduated from college.

She began teaching when her youngest child entered school. She taught kindergarten and first grade in the Greenwood schools for over 30 years, primarily at Southwest Elementary.

Mary Emily was a cheerful, optimistic person with a smile and a quiet charisma that lit up a room. In her later years she would reminisce fondly about her life and always remark, “It’s a great life.” She was spunky and never let anything defeat her. After Ed’s death she would remark, “If I feel a pity party coming on, I indulge it for two minutes, then I get up and do something”.

After their children finished college, Mary Emily followed her travel dreams. Ed was an occasional traveler, so often she teamed up with teacher friends to see the world. She traveled to every continent except Antarctica, visiting many places that are no longer accessible due to war and civil unrest. She always said, “If you wait for peace in the world you’ll never travel”. She and Ed were in China when the 1989 Tiananmen Square protests began, and their travel itinerary had to change to avoid the conflict.

Mary Emily collected more than 1,500 dolls and enjoyed sharing them with friends and family. She was a longtime member of the Hoosier Dollers chapter of Hoosier Doll Collectors and attended many national doll conventions, where she both exhibited and served as a judge. At the age of 75 she learned how to use a computer so she could inventory her doll collection.

She enjoyed using her computer skills to create birthday cards for all residents of Greenwood Village South, her home for the last 20 years. Some cards included original poems, which she composed for special occasions.  Recipients could be dear friends or recent acquaintances; she valued connection and always wanted people to know they were remembered.  Jigsaw puzzles, cross stitch, and sudoku were favorite pastimes in her later years.

Mary Emily was a member of All Souls Unitarian Church, Indianapolis, for 68 years. She and Ed supported many local organizations and were charter members of the Indianapolis Zoo and WFYI.

She was preceded in death by her husband of 52 years, Dr. Edwin O. Davisson, her daughter Deborah Davisson Garrison, and her granddaughter, also named Mary Emily Davisson.

A celebration of her life will be held on Saturday, November 19, 11 a.m., EST, at Wilson St. Pierre Greenwood Chapel, 481 West Main Street, Greenwood, IN. Visitation will be from 10-11 a.m. The service will be streamed via Facebook Live through Mary’s obituary page at www.stpierrefamilyfuneral.com. Private burial will take place at Sugar Grove Cemetery in Tippecanoe County, Indiana.

In lieu of flowers please consider a memorial gift to the Children’s Museum of Indianapolis or the Indianapolis Zoo.