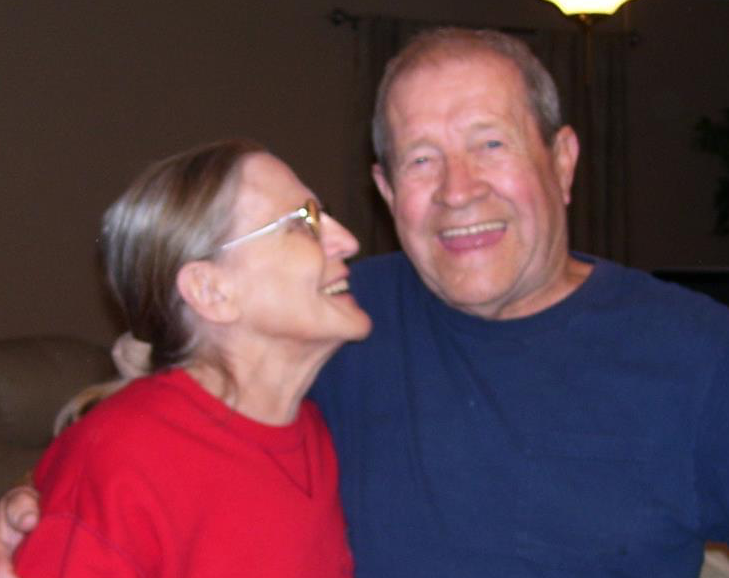 Jackie E. “Jack” Juday, 89, of Anderson, IN passed away on May 21, 2022, in Anderson. Jack was born on July 28, 1932, in New Castle, IN to the late Chalmer and Mary (Tolbert) Juday. Jack married his loving wife, Connie Watson, on January 30, 1981. They were married for 41 wonderful years.
Jack graduated from New Castle High School in 1950 and immediately enlisted in the United States Air Force. He faithfully served his country until his honorable discharge in 1953. After he returned home, he began working for General Motors on the Production Line and worked there until his retirement in 1994. Jack found his spiritual home at First Pentecostal Church of Anderson and was a faithful member for many years. He enjoyed golfing, working with his hands, and spending time outdoors. More importantly, Jack loved spending time with his family.
Jack will be dearly missed by his wife, Connie; his children, Danny (Judy) St. Clair, Teresa Kalin, Lisa Gentry, Jay Juday, and Joy (George) Stout; his 7 grandchildren; his several great-grandchildren; several nieces and nephews; and his fur-baby, JJ.
He was preceded in death by his parents, Chalmer Juday and Mary Egebert; and his siblings, John Juday and Jane Banker.
The visitation will be on Thursday, May 26, 2022, from 4 p.m. until 6 p.m. at Brown-Butz-Diedring Funeral Service & Crematory, 515 E. 53rd St., Anderson, 46013. The funeral service will begin at 6 p.m. at the funeral home. Bishop Danny St. Clair and Pastor Luke St. Clair will be officiating. In lieu of flowers, memorial donations in Jack’s name may be gifted to the First Pentecostal Church of Anderson, 630 W. 53rd Street, Anderson, IN 46013.