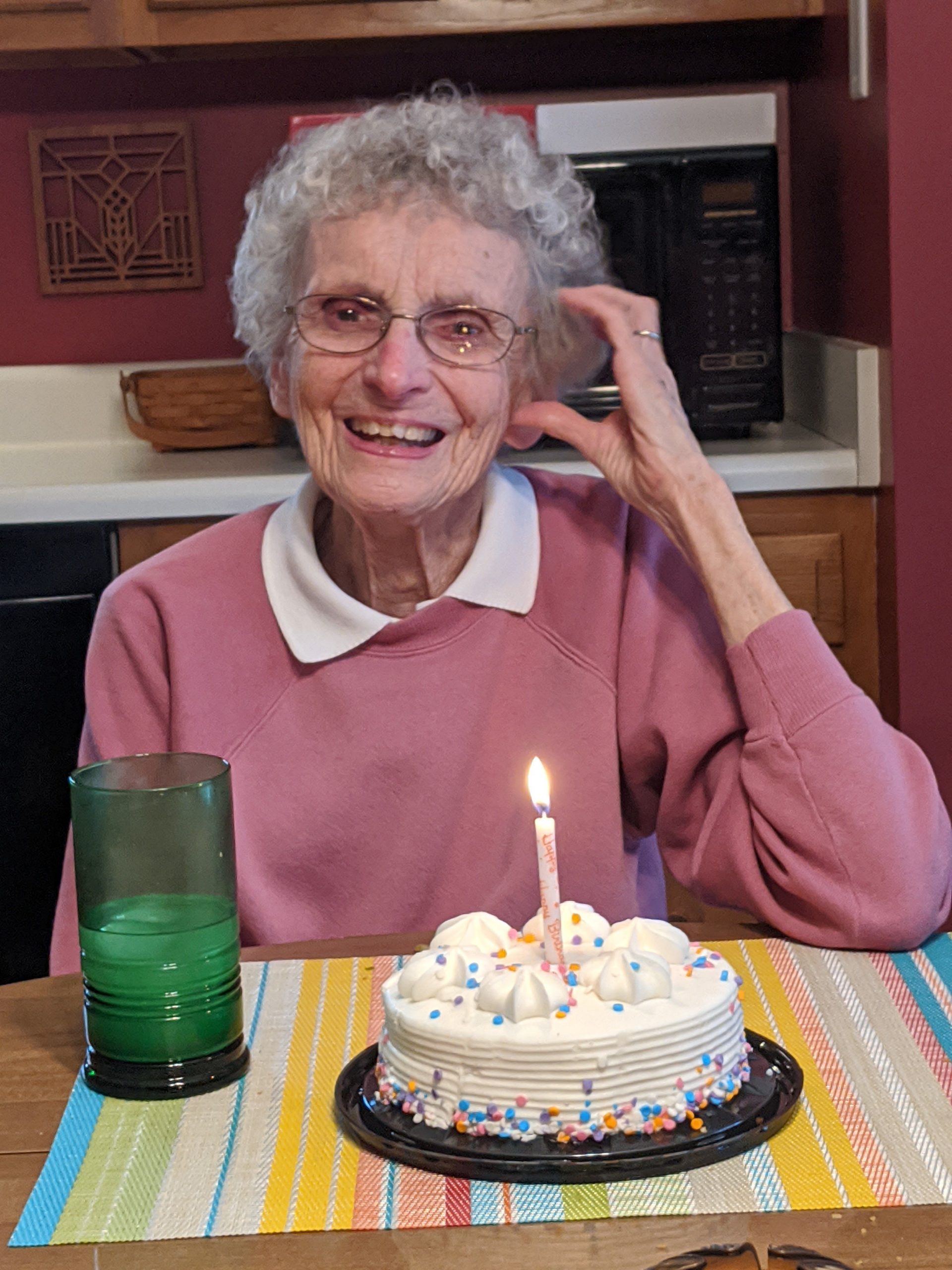 Phyllis Ann Austin, 88, of Indianapolis, passed away May 9, 2022, surrounded by her family. She will be missed very much by her friends and loved ones.

She was born on April 1, 1934, on Easter Sunday in Parke County Indiana to the late Clyde and Alice (Snodgrass) Martin. Phyllis grew up on a farm outside of Rockville, Indiana with her parents and sisters. Her grandparents, aunts, uncles, and cousins were an important part of her life. She attended Union High School at Bellmore. Played on the girls’ basketball team and graduated high school in 1952.

She moved to Indianapolis and eventually went to work at Westinghouse Elevators where she was a secretary. There she met the love of her life, Jack Austin.  They were married in December of 1962 and were married for 50 years. Jack passed away in April 2013.

Family was always important to Phyllis. She was a stay-at-home mom until her children, Tracy and Tod were in middle school. She then took a job at Indiana Central College (UIndy) working on the switchboard and then in the Admissions office.

After the birth of her first grandson, it was an easy decision for her to quit her job and start babysitting for Benjamin and then 3 years later for Joshua. She enjoyed spending time with her other grandchildren, Erica and Evan, during the many frequent trips to Indy and Hobart.

Phyllis and her four sisters were very close. Getting together on alumni weekend or during the Covered Bridge Festival she always had a good time reminiscing and telling stories about growing up. They made it a habit to gather at their family reunion in Rockville every year and get together annually for a Thanksgiving meal.

She was a longtime member of University Heights United Methodist Church and a member of the Ad-A-Link Sunday School Class. She frequently assisted with the monthly correspondence to the congregation and other projects.

Phyllis is survived by her children Tracy Garrabrant (Ray), Indianapolis, and William “Tod” Austin (Susan) of Hobart, IN.; Sisters: Margaret Neild of Greencastle, IN, Edith Hess of Monticello, IN, Esther Lints (Lyman) of Centerpoint, IN and Linda Towle of Mansfield, OH.; Grandchildren: Benjamin Frieders, Avon, IN, Erica Parker (Michael) of Portage, IN, Danielle Dean (Kyle) of Valparaiso, IN, Evan Austin (Mary) of Hobart, IN,  Joshua Frieders of McMurdo Station, Antarctica, and Robert Daggy, Hobart, IN.; and Great-Grandchildren: Rylan, Sawyer and Grey Parker, and Elliot Austin.

In lieu of flowers, memorial contributions may be made to UHUMC BIBs Pantry. BIBs promotes healthier infants by assisting expectant mothers and their newborns with nutritious food and other necessities. Please mail checks to University Heights UMC, Attn: BIBs Pantry, 4002 Otterbein Ave, Indianapolis, IN 46227.

Arrangements are in the care of Singleton and St. Pierre Funeral & Crematory Services.