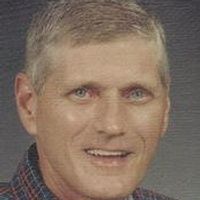 Terry Courtney, 66 years old of North Salem, IN, died Tuesday, February 26, 2013 at his residence. He was born August 1, 1946 in Indianapolis, IN, son of the late Patrick and Margaret McDonald Courtney. Terry married Sharon Robertson on June 7, 1985. He was a member of Mary Queen of Peace in Danville. Surviving are his wife, Sharon, daughters, Kim Courtney McGhee of North Salem and Kelly (Joe Clayton) Courtney of Lizton, son, Clint (Sally) Courtney of North Salem, sister, Patti (John) Clements of North Salem and grandchildren, Chandler Courtney, Nathan Courtney, Kyra Osborne, Shelby McGhee, Kade Clayton, and Jaxon Clayton. Friends and family will gather Friday, March 1, 2013, 4:00-8:00 p.m. at the Porter Funeral Home, North Salem, Indiana. Services will be held at the funeral home, Saturday, March 2, at 1:00 p.m. with Father Bernie Cox officiating. Burial will be in Fairview Cemetery. In lieu of flowers, memorial contributions may be made to Mary Queen of Peace Catholic Church, 1005 West Main Street, Danville, Indiana 46122. Online condolences may be made at www.porterfuneralhome.us